I recently bought an used (new is way too expensive) Sony RX1, time for another photographic off-topic. I'll keep it short, follow the links if you want to know more.

First and foremost, the lens. Or if you prefer, lens/sensor combination, because these days lenses mean nothing if not seen on a specific sensor. Case in point, all modern mirrorless cameras from the Sony NEX to Micro 4/3 to the recent Sony A7 fullframe in theory can mount a lot of extemely expensive glass from Leica and Zeiss, in practice nothing by the Leica M seems to perform well with these, especially if you go 35mm or wider.
Yes you can correct some of the defects (and really the Leica M does apply some correction in-camera, that's also why it works better) but honestly, if you're attaching a thousands-of-dollars lens to a body, you don't want anything less than perfection.


So, how does the Sonnar do? One word: wonderful. It's The reason to buy this camera. Easily the best 35mm I've personally used, film or digital, and among the best lenses I've ever seen.
It's a "people" lens, optimized near and wide open, doesn't care about avoiding distortion (and it shouldn't, these things are easy to correct digitally and lens optimization should focus on other issues nowadays) from f2 to f4 you basically gain only less vignetting. Some people say it's somewhat worse at infinity, I didn't pixel-peep that but I can believe it, still it's an excellent performer, with a dreamy, smooth quality.


Second, the handling and build quality. It's very, very good. Still not perfect because you know, no way a modern camera ships with all the controls done right, so you still need two presses for manual focus assist/zoom and you don't have a direct ISO wheel nor an absolute shutter speed wheel (i.e. with markings), but the aperture ring is excellent (fly-by-wire but it feels mechanical, third-stop clicks) and the manual focus one is very good as well. Also, plenty, plenty of customizable buttons. Good rear LCD quality. Well done. 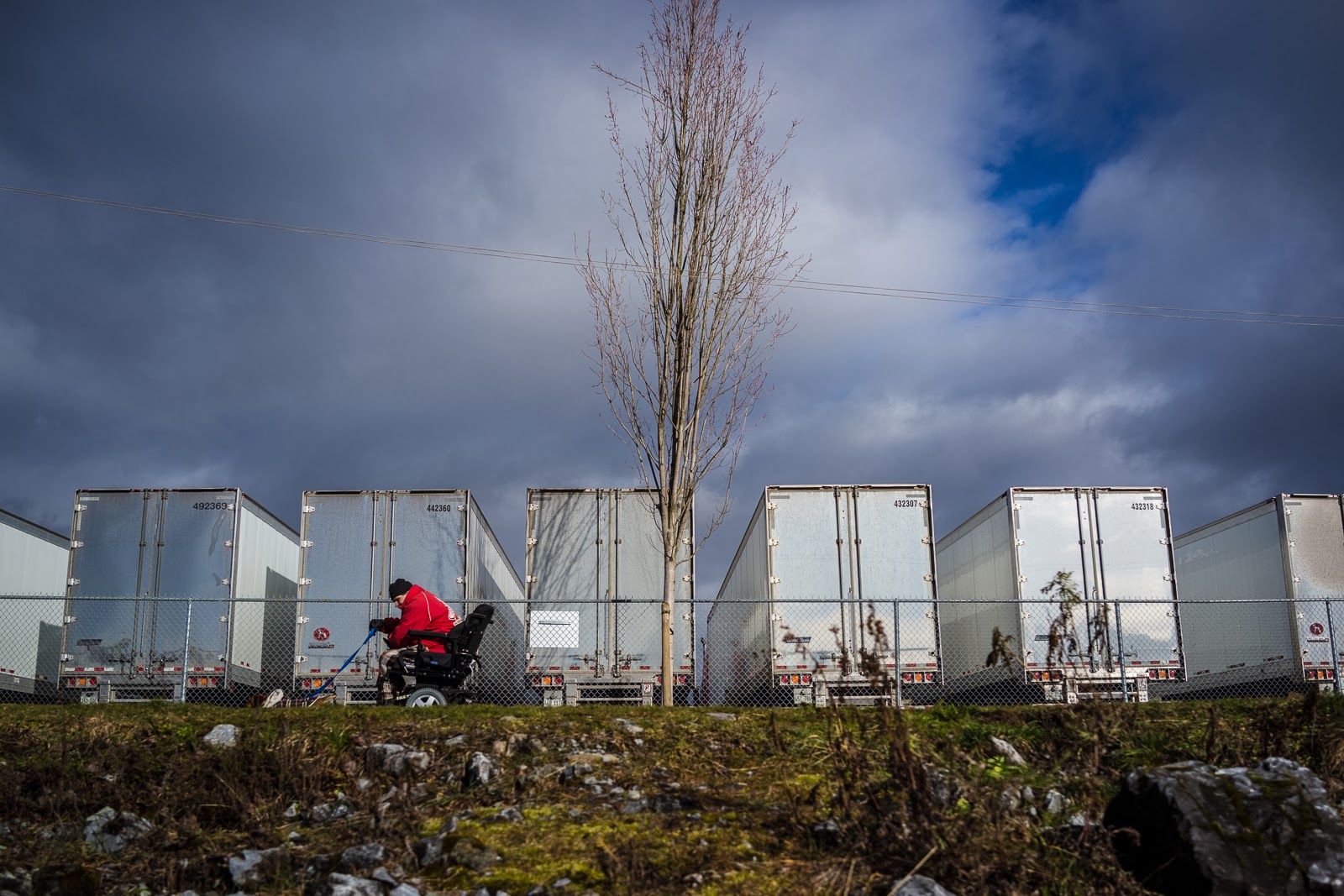 Last but not least, the sensor. Nothing really to say, it's a 24 megapixels full-frame and it delivers exactly what you expect. Very low noise, lots of details, it's quite normal for such a sensor but in a "compact" camera it's not something you see often (in fact, this is the smallest full-frame camera you can buy, period).

It's a toy. A wonderful, mesmerizing toy, but not a "professional" camera. At best a second body to have around just for its lens/sensor combo. That doesn't mean you can't take amazing photos with it in any possible condition, it's just not done in a way where I would depend on it if it was critical, if a missed shot meant failure. Why?

First, it's lacks a viewfinder! Oh buy you can buy an external one... Let's see, you have two bad options there.
The first is to go with an EVF, which not only is an EVF (duh) but also attaches to the flash hot-shoe, leaving you without the option of attaching an external flash.
The second is to buy an OVF, but even Sony's own is just a pure optical VF, with no indicators, not even focus confirmation. Which means it's utterly useless, because there are only two scenarios, really. Either you're in a sunny day, and then you can/have to use fast shutter and the three-contact-points given by a viewfinder are not important (certainly not enough to lose all indicators!) or you're at night, then you would want to grip the camera better, but focus is critical, you're probably wide-open and can't even trust the autofocus... So yes, no indicators means no photo. 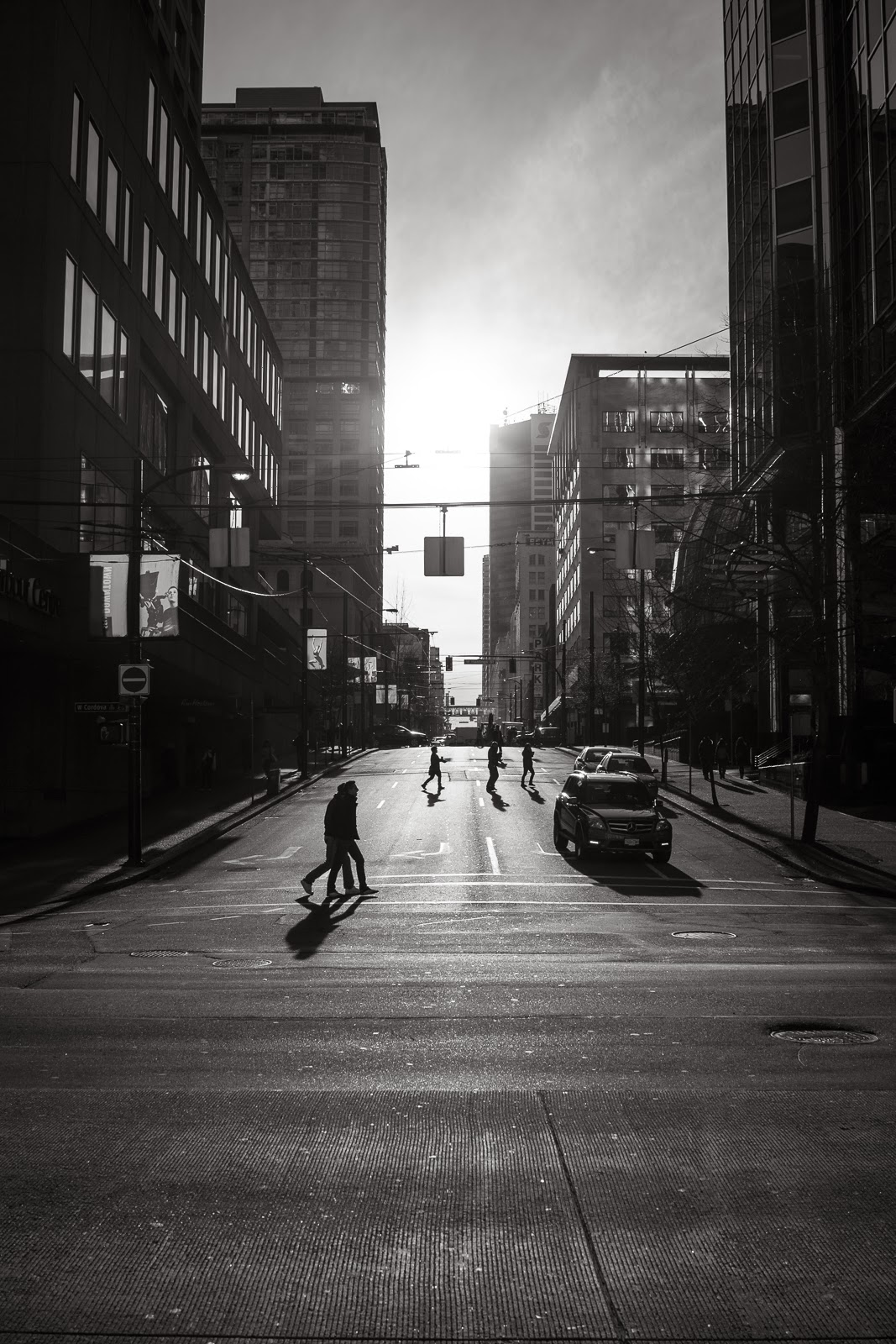 All in all the EVF is still an important accessory to buy, even with its defects, it's your best bet, and it helps if you want to be able to review images in bright light. I really hope Sony will make an OVF with some electronics in it... but I know it won't happen, maybe when they do an RX2... 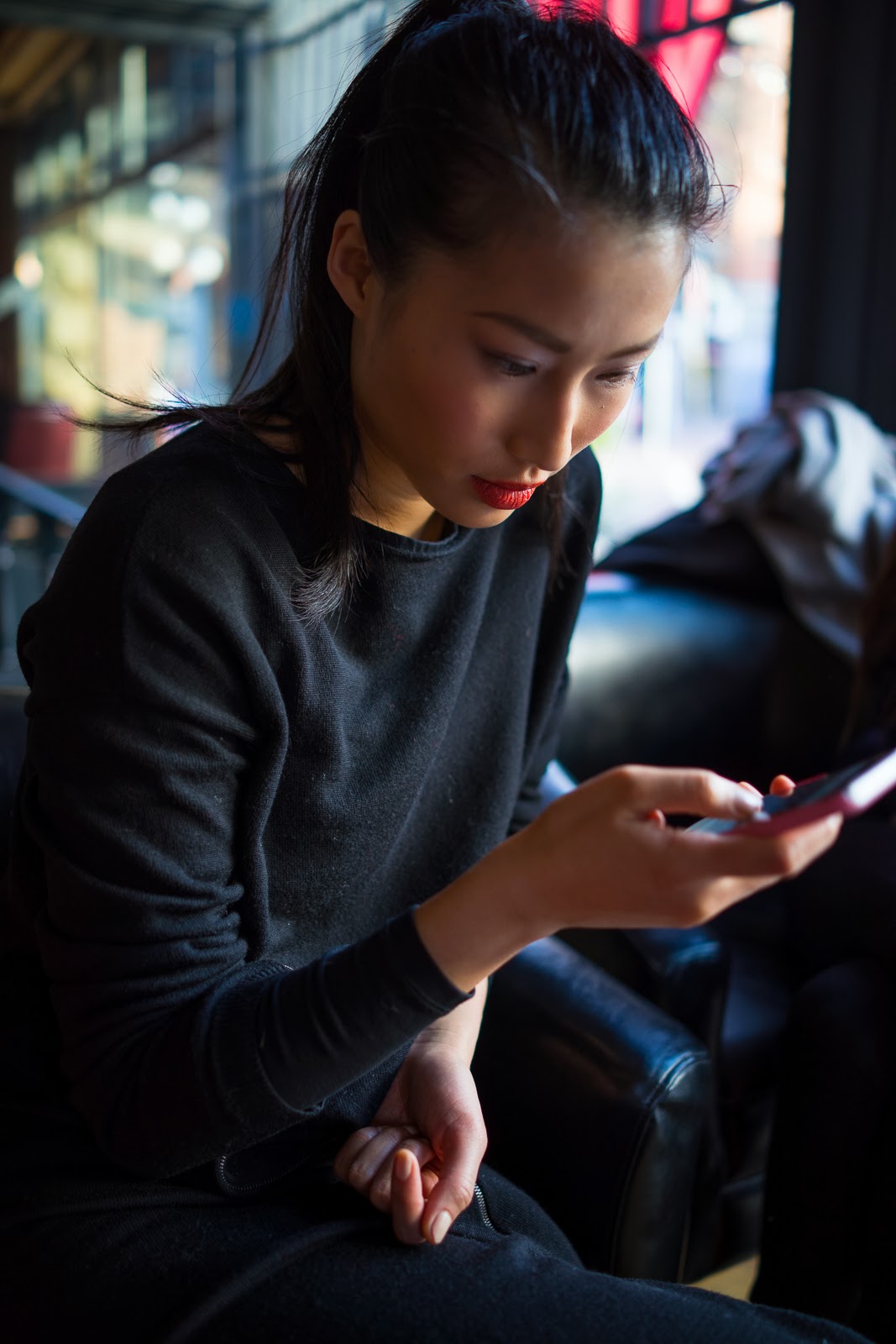 Second, it's slow. Especially the autofocus. Not the slowest ever but among the slowest, the good is that even if it's slow it seems to truly not lie. If it's green, it's in focus. Autofocus systems that lie, saying it's in focus while it's not, are worse than anything else, but this especially in lowlight is problematic, it requires area with lots of contrast, more than what you are used to use, and if you're photographing a moving subject it can be frustrating. Also, very bright regions seems to be able to confuse it (I guess because the out of focus highlight still register as contrast, but it's only a guess)
Luckily it's quite easy to toggle AF/MF by assigning that to one of the buttons which makes the camera much more usable: just AF then lock and do MF adjustments as needed. 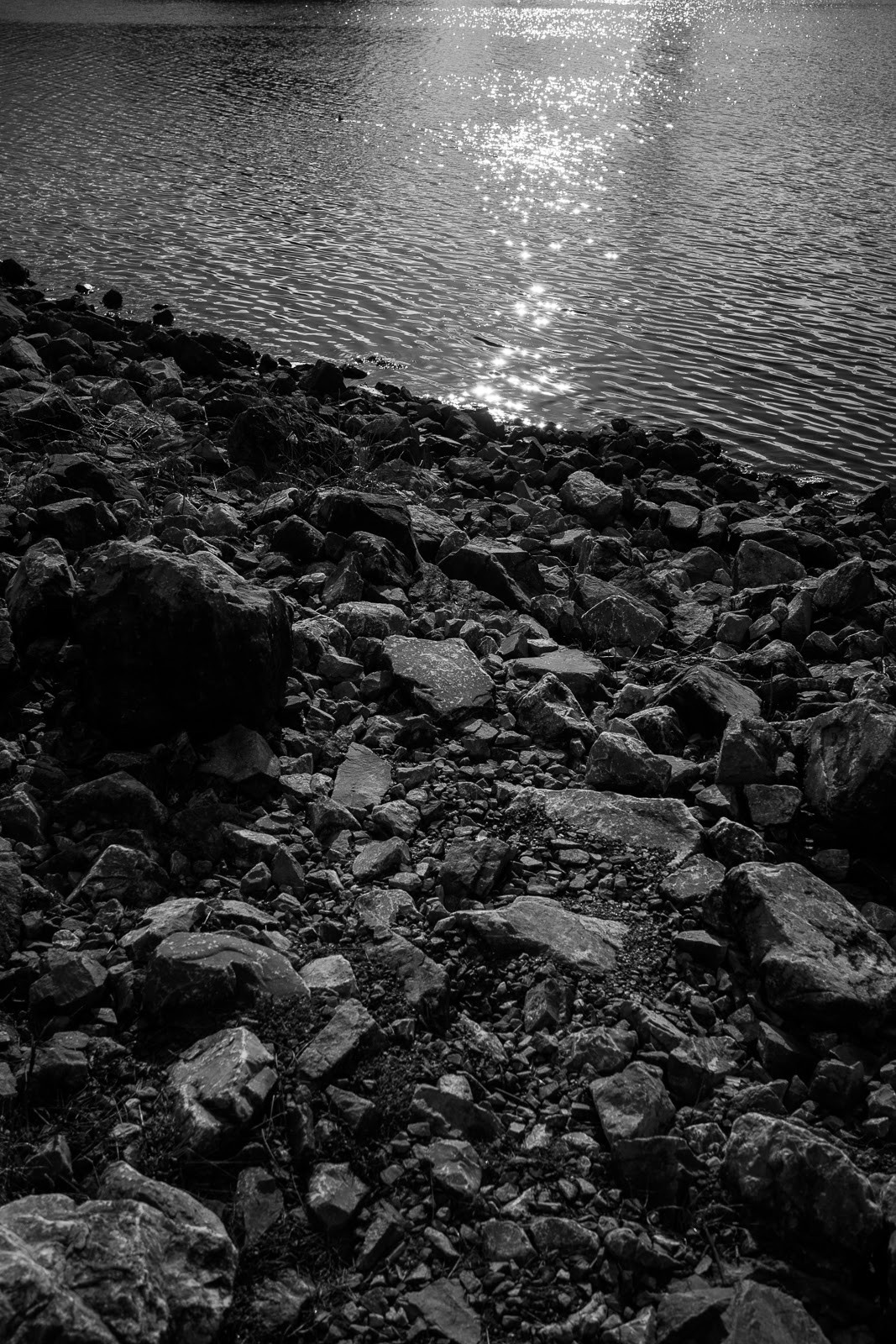 The way I see it, there are only two alternatives in its class, or maybe even just one if we wanted to be totally fair.

The X100s is prime competition. A bit unfair because the X100s will fit in a coat pocket while the RX1 doesn't, so it's in a different size range (useful ranges are: fits in pants, fits in coat, everything else) but still it holds its own and in practice many people will wonder what to do between the X100s and the RX1.

Having used both of them I can say, the X100s hybrid viewfinder is the reason to buy that camera, the RX1 lens is the reason to buy this. Interestingly if you look on dpreview (my first stop for camera reviews) you could think that browsing the studio shots there's not much difference between the X100s lens/sensor and the RX1, or anyways it's really hard to tell while pixel-peeping. Well, it's wrong, in real-life the Sony camera is on a entirely different planet.

The RX1 also feels better built and has a less erratic AF, but the X100s AF is quite a bit faster... The RX1 has probably better peaking (due to a better LCD really) but the X100s has the excellent virtual split image aid... All in all? I prefer the RX1, because even if the X100s is almost in every way better to shoot with (and mostly because of the incredible viewfinder, really almost everything else is worse, handling-wise) when you get the image the Sony image quality shines quite a bit ahead of the Fuji.

The second, more fair competition is Sony's own A7 and A7r... but I didn't try these so I can't say much. For now, they have no lenses really, just a zoom that seems quite mediocre and a 35mm f2.8 which seems good but not as excellent as the RX1 f2, and really these differences are "worth" (or maybe I should say cost...) thousands. Yes you can buy adaptors, which are worthless, as they make the camera/lens combination bigger (and you don't want that in a camera that's supposed to be compact!) and often perform not-so-great.

Also the A7 focal plane shutter won't flash-sync as fast as the RX1 and won't be as quiet and vibration-less. In fact the A7r shutter seems to be suffering severe vibration issues and it's quite on the loud side (even without the mirror!) while the A7 seems better in that regard.
For now the A7/A7r are toys with no real advantage over the RX1, but if (and it's a big if, as that was one of the really sore points of the Nex line) Sony makes some truly great compact lenses for them, then the situation will change significantly.

P.S. It's actually good that the X100, X100s, RX1 and A7/r are "flawed gems". They come used for much cheaper than new even if they are new-ish cameras, as some people can't deal with the flaws and some others will enjoy the discount... Compare this with well-established DSLRs, I can't think of any reason for example to change my 5d-II, in fact even if it's a much older camera, and new went for around the same price, today you can find the RX1 selling for around the same price as the 5d!