How to spot potentially risky Kickstarters. Mighty No9 & PGS Lab

This is really off-topic for the blog, but I've had so many discussions about different gaming related Kickstarters that I feel the need to write a small guide. Even if this is probably the wrong place with the wrong audience...

But I want to show how to evaluate risks, and when it's best to use a good dose of skepticism because it seems that there is a lot of people that get caught in the "hype" for given products and end up regretting their choices.

The two example I'm mostly going to use are the following campaigns:
I could have picked others, but these came to mind. It's not a specific critique to these two though, and I know there are lots of people enjoying Mighty No.9, and I wish the best to PGS Labs, I hope they'll start by addressing the points below and proving my doubts unfounded.

This is absolutely the most important aspect, and it's clear why. On Kickstarter you are asked to give money to strangers, to believe in them, their skills and their product.
Would you, in real life, give away a substantial amount of money to people, for an investment, without knowing anything about them? I doubt it.

So when you see a project this successful...

...first thought muse be, these guys must be AMAZING, right? 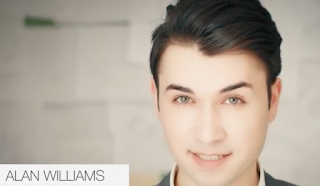 From their (over-filtered and out-of-sync) promo video, we learn one name of a guy...

"We have brought together incredible Japanese engineers and wonderful industrial designers". A straight quote from the video, the only other mention of the team. No names, no past projects, no CVs. But they are "wonderful", "incredible" and "Japanese", right?

For me, this is already a non-starter. But it seems mine is not a popular point of view...

So what about Mighty No.9 then? Certainly, Inafune has enough of a CV... And he even had a real team, right? He even did the bare minimum and put the key people on the Kickstarter page... 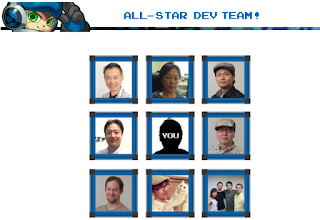 This is the first thing I noticed in the original campaign. Inafune has a development team (Concept) but it seems that for this game, he did intend to outsource the work.

Unfortunately, not an unusual practice, it seems that certain big names in the industry are using their celebrity to easily raise money for projects they then outsource to third party developers. 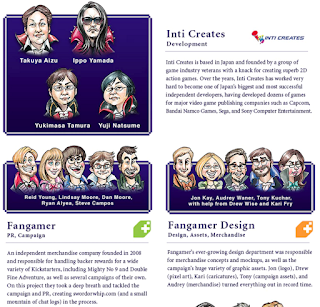 Igarashi for Bloodstained did even "worse". Not only the game itself is outsourced, but the campaign, including the rewards and merchandise, are. In fact, if you look at the KS page, you'll notice some quite clashing art styles...

...I suspect this was due to the fact that different outsourcers worked on different parts of the campaign (concept art vs rewards/tiers).

Let's be clear, per se this is not a terrible thing, both Igarashi and Inafune used Inti Creates as the outsourcing partner that has plenty of experience with 2d scrollers, which means the end product might turn out great (in fact, the E3 demo of Bloodstained looks at least competent if not exceptional)... But it shows, to me, a certain lack of commitment.

People are thinking that these "celebrity" designers will put their careers on the line, against the "evil" publishers that are not funding their daring titles (facepalm), while they are just running a marketing campaign.

This became extremely evident for Inafune in particular, as he rushed launching a (luckily disastrous... apparently you can't fool people twice) second campaign in the middle of Mighty No.9 production, revealing his hand and how little commitment he had to the title.

The demo: demonstrating skills and commitment

Now, when you got the team down, you want to evaluate their skills. Past projects surely help, but what helps, even more, is showing a demo, a work-in-progress version of the product.

It's hard enough to deliver a new product even when you are perfectly competent, I've worked in games done by experienced professionals that just didn't end up making it, and I've backed Kickstarters that failed to deliver even if they were just "sequels" of products a given company was already selling... So you really shouldn't settle for anything less than concrete proof.

How does our Kickstarters fare in terms of demos? 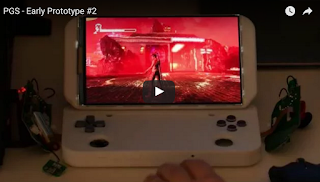 Oh. So, the prototype is nothing ore than existing hardware, disassembled and reassembled in a marginally different shape. In fact you can see the PCBs of the controller they used, a joypad for tablets which they just opened, desoldered some buttons and moved them into a 3d printed shell.

Well, this would be great if we are talking about modding, but proves exactly NOTHING about their abilities to actually -make- the hardware (my guess - but it's just a guess, is that in the best scenario they are raising money to look for a Chinese ODM that already has similar products in their catalog, and they won't really do any engineering).

Of course, when it comes to the marketing campaigns of "celebrity designers" all you get is what is cheaper to make, they know they'll get millions anyways, so, just get some outsourcers to paint some concept art 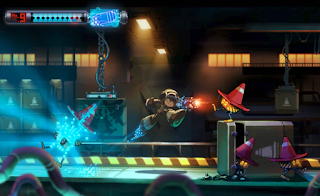 It's really depressing to me how, by just creating a video with their faces, certain people can raise enormous amounts of money. And I know that there are lots of success stories, from acclaimed developers as well, but if you look at them, the pattern is clear: success comes from real teams of people deeply involved with the products, and with actual, proven, up-to-date skills in the craft.

While so far I'd say all the projects of older, lone "celebrities" have -all- resulted in games that are -at best- ok. Have we ever seen a masterpiece coming out from any of these? Dino Dini? Lord British?

Personally, as a rule of thumb I'd rather give money to a "real" indie developer, who really can't just go to a publisher in lots of cases or even self-fund borrowing from a bank, and that often do MUCH, MUCH better games by real passion, sacrifice, and eating lots of instant noodles I assume...

What irks me a lot is that these campaigns are very successful because they feed on the laziness of news sites where hype spreads due to the underpaid human copy and paste bots who just repeat the same stuff over and over again. It's really a depressing job.

And even good websites, websites where I often go for game critique and intelligent insights, seem to be woefully unequipped to discuss anything about production, money, how the industry works.

I'm not sure if it's because gaming journalists are less knowledgeable about production (but I really doubt it) or if it's because they prefer to keep a low profile (but... these topics do bring "clicks", right?).

Anyhow. I hope at least this can help a tiny bit :)