Every time I discuss about engine design, there is quite some interest and feedback going on.
So I figured out I could start a little experiment.
I've created a shared notepad with a few ideas, just open it and start adding your considerations, proposals and so on.

Update: I'd consider this experiment ended. I'm happy to see that many people took part of it, and it was a very nice experience, with some good discussions.

In the end the result may be probably more the expression of what I think than community driven but I think that's understandable, I don't believe that you can really successfully design something in a crowd. Also, I'm a tyrant and that does not help.

I'll post here a snapshot of the result of this game, but I'll keep the pad up and running until it dies naturally.

I'll be organizing something similar again soon, but I want to find something more specific and focused. Maybe some sort of competition using codepad.
http://etherpad.com/ZPBJU3L3zV 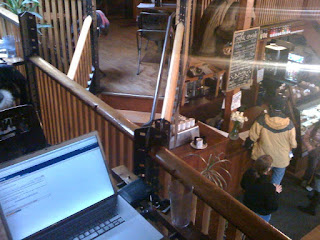 I've been building an engine and editor, with some of these goals. Added some text I had lying around from when I designed the core of my engine, though some stuff has changed, now that I have some more experience. See http://vapor3d.org/ for more information. :)

Yes, the experiment is over and etherpad does not exist anymore.